Mind Your Own Garden

I’m a dreamer. I live for a great idea! Recently, however, my ideas needed a little CPR. If I didn’t get some people to breathe life into my goals quickly, my aspirations would’ve surly died. Yes, they would’ve died and been reincarnated into someone else’s image…with someone’s else’s face. The thought alone, both hurt and frightened me. I needed air…I began inhaling and exhaling. Life! Yes, my goals have come back to life!

I’ve made many mistakes as an idealistic, thinking-outside-of-the-box kind of woman. My biggest mistake was excitedly sharing my ideas with anyone who would listen. My talking interfered with my doing, and this became a problem. Thankfully, most problems have solutions. On January 16, 2016, I shut up and womaned-up…sort of!

I awoke from my creative coma, determined to take a chance. I created the Facebook group: “Black Military Wives.” The group attracted a variety of Black women who were either looking for work, enjoyed being stay-at-home-moms, had fulfilling careers or were entrepreneurs. This group, irrespective on one’s professional background, was the perfect platform to network or recruit members for various ventures. I witnessed many “Ah-ha moments” appear, and this became food for thought. FOOD, for my ongoing thoughts.

You see, as I planted my own seeds for the past 8 years, food did not steadily grow. There was no drought. Water was plentiful. The sun continued to shine–I just did not pick up my shovel. Idea after idea, left me in a state of euphoria. I was always so excited with my unique, one-of-a-kind ideas. But, the rapture of my ideas always came with an expiration date. I would eventually lose all motivation and shy away from any form of risk-taking–I didn’t play in the dirt.

As I gathered my seeds to plant them, I realized that I wasn’t picking up the shovel quick enough–but ironically, this didn’t stop my garden from bearing good fruit. Soon, other farmers came for that ripe fruit. I couldn’t tell who was there to help me water the soil, or who was there to simply consume? Some were there to do both: help fertilize the soil and enjoy the fruit that grew.

While I welcomed the help of other farmers, I could no longer risk too much of my fruit being eaten. It was time to get my hands dirty and tend to my garden with care: I must mind my own garden! What good is being a farmer and planting seeds (i.e. ideas), if you don’t nurture them? Don’t allow good fruit to grow, and never taste its nectar.

I’ll share my epiphany with all of you visionaries, who are waiting to see little buds sprout from the seeds you’ve planted: With consistent farming, enough fruit will grow to feed the masses. But, if you’re not protective and attentive to your own crop, you may be the one serving the food while others feast from your garden.

Moral of this analogy: You must mind your own garden. Many farmers can grow oranges, but focus on the ripeness your own fruit. Mind your own business–consistently.

PrevPreviousYou Can! You Will! By Atiya Nathan
NextDare To DreamNext 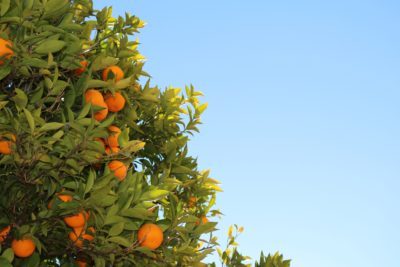