ALL healthy military matrimonies are beautiful! But, it’s the non-traditional unions in the “Black military Wives” Facebook group that recently captured my attention; these marriages are taking their gumption to new heights.

Lately, I’ve seen more and more Black women married to non-Black men. Some of the wives in the group actually also have wives! The most common thread within the large amount of unexpected military marriages in the group was HAPPINESS! Post after post, women talked about the happiness found with their spouses (without mentioning that their spouses “weren’t Black”).

Thus far, no one has been criticized within our group based on the racial/gender makeup of their marriages. We don’t underestimate the value of happiness nor do we ignore the detrimental side-effects of its absence. Happiness is not a one-size-fits-all emotion. As military families, after going on deployments and missing important family events, it’s imperative to know that you’re making these sacrifices for someone you love and for someone who loves you–period!

The sight of interracial couples, in particular, reminds me that ANYONE is capable of seeing the beauty of Black women. I’m from California, where Black military men had a reputation for preferring interracial relationships. The Black women I knew, often talked about how some Black men did not prefer Black women. So, I personally still appreciate seeing Black-on-Black love when it occurs (because it was not a common image).

The military lifestyle, in general, allows us to see all kinds of marriages! Back in California (11 years ago), White military men were usually married Asian women–if they dated interracially. Rarely did I see White service-members married to Black women–but times have changed, folks! Because of the lovely pictures I’ve seen within the “Black Military Wives” Facebook group, there are indeed quite a few NON-BLACK men who are married to sistas! Yes, our beauty is increasingly being recognized by people of all backgrounds!

Every time my eyes scroll across the profile pictures of non-traditional unions, my eyes don’t only look at the pictures– but, they really see you. We see you. It’s truly nice to see that military service-members of ALL backgrounds have fallen in love with beautiful, Black women!  Although my reflection is based solely on what I’ve seen within our Facebook group, there are many more awesome military marriages out there and I know that your love transcends the physical–I get it!

So, if you ever catch people like me looking, our thoughts may only be: “She’s married to whom?! Well, just keep on BEING LOVED, Girlfriend!!!” You never know why someone is staring–some onlookers are silently applauding your love! 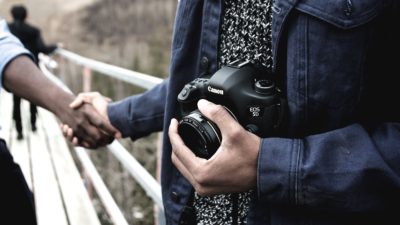